One of the realities of working in American public education these days is large class sizes. Any time one of my colleagues or I have a class of under 35 students, we find ourselves saying things like,

I routinely say things like this about one period that has a mere 32 students enrolled.

In spite of this challlenge, I remain committed to student-led discussion.  My preferred method, Harkness, is primarily pioneered by schools with much smaller class sizes, and I didn’t take that into account when I first began requiring so much student conversation.  For the first several years I implemented Harkness, I had discussions that involved the whole class, which meant circles of up to 35 students.

When my school operated on a block schedule with 90 minute class periods, I could use circles this large and still have most students be able to contribute.  Few students were really able to contribute to much depth, but I didn’t fully realize how much the superficiality was caused by the size of the circle.

When my school decided to switch to a more traditional seven-period bell schedule, I realized that something would have to change.

I knew that I would have to figure out how to simulate a small private-school environment in a large public school classroom.

This post will focus primarily on what the observation circle does.

Here are some sample completed forms: 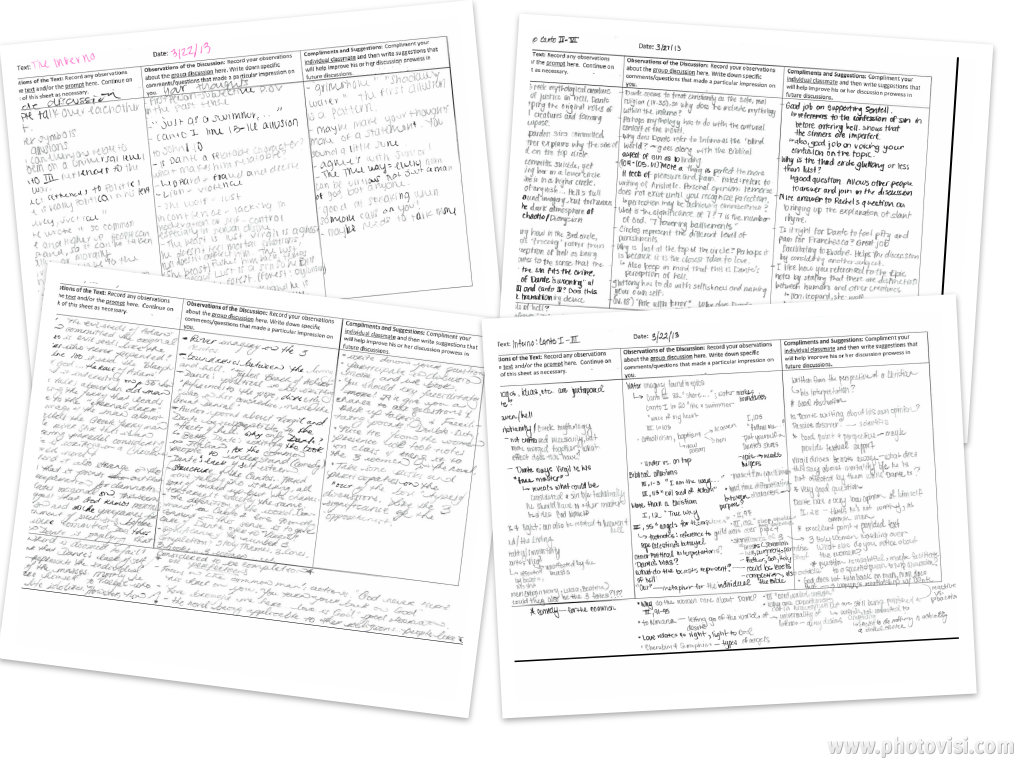 Anyone else have any techniques for making discussion work for large classes?