In honor of my 50th post, I have composed a list of 50 of my favorite books.  Now you have to understand how many books I own. I have two eight-foot tall bookshelves in my living room. In addition to the large built-in shelves in my classroom, I have 6 additional shelves. My classroom is in fact so full of books that the other day a student said, “Isgitt, everywhere I look in here, there are books!”  It’s a problem.

This list represents 50 books that have influenced me in some way. That does not mean that every reading experience was full of joy. Some of these books required hard work to read (see Moby-Dick). But all of these books have affected my life: they have changed my thinking and often, therefore, my behavior.   These are the books that stand out to me today; I’m sure that I will need to revisit and revise this list at least yearly.

Books about Writing and Literature

Books about Education and Teaching

What are the books that have most influenced you in your life?  Please share in the comments below! 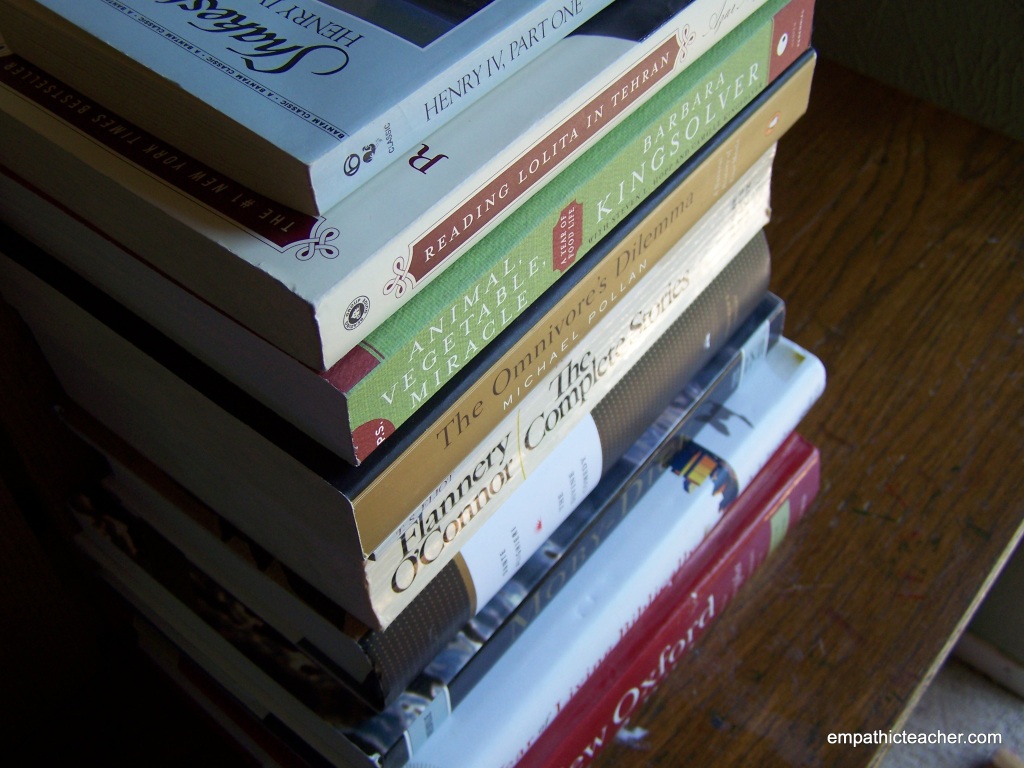